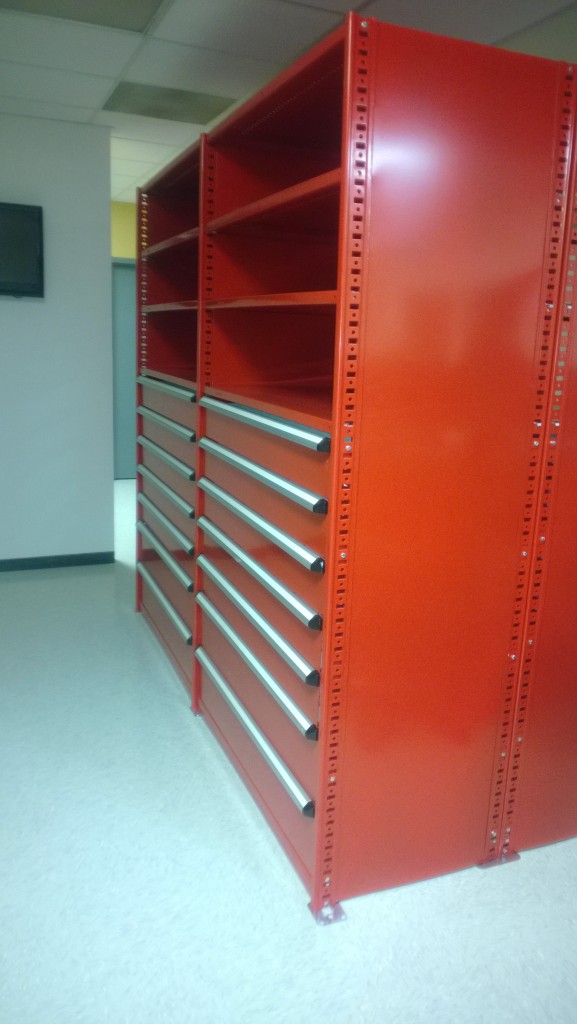 Gene Messer Toyota was facing a storage crisis. The Lubbock, Texas-based dealership had redesigned its parts department and was looking to increase its parts storage in the parts counter area. The problem was, that the parts department didn’t have the storage capacity it needed to handle the increased quantity of parts that Toyota requires dealers to stock. Out of ideas, Parts Manager Mark Schroeder contacted Western Storage and Handling President Harry Neumann for help. Western Storage and Handling stepped in and built customized shelving units.

Harry recommended customizing shelving units that measured 87 in. high, 48 in. wide, and 24 in. deep, utilizing the bottom 48 in. of each unit for drawers while leaving the top 29” for open shelf storage. Each unit had two 9 in. drawers and five 6 in. drawers.

“The drawers slide out smoothly on ball-bearings to view and access the entire contents of the drawer and can support up to 400 pounds of an evenly distributed load,” Neumann says. “Those features really sold Gene Messer on using the Borroughs HD Drawers.” 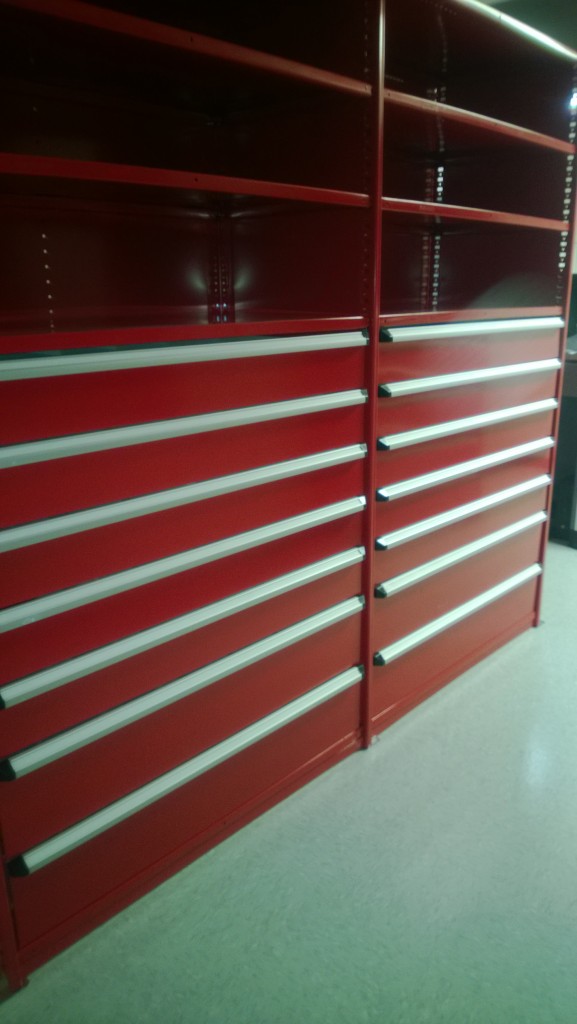 “The drawers were just the thing to free up some of the existing closed-shelving units and also offered space for new storage in the back room,” says Neumann. “The new storage was more accessible to the parts and service employees and by putting the parts closer to the counter, it also reduced the pick time for each pick. This not only made the operation more organized but also more efficient and gave employees more room to move around in the back room of the parts area for faster customer service.”

The dealership actually purchased the units before the remodel was complete, which left the layout up in the air. Ultimately, the company decided to purchase six shelving units, which allowed them to eliminate 24 sections of shelving in the back room. Four of the units were placed in the middle of the newly renovated parts department, side-by-side and back-to-back, while the last two units were placed side-by-side against one of the walls.

“This layout provided access to all the parts in the drawers and still allowed employees to move carts through the area and have customers walk through unimpeded,” says Neumann. “The employees are very happy with the changes and the dealership is actually anxious to put more of these units to work in other areas of the dealership.”

Installation on the project took only one day. In the end, Gene Messer Toyota has a more organized, streamlined parts department.